What is a high-throughput satellite?

A high-throughput satellite is typically any satellite with three to four times the capacity of a regular fixed-services satellite in the same geostationary orbit. This extra bandwidth is achieved in two ways, primarily by utilising proprietary “frequency reuse” methods with a single reflector on the satellite, but also by concentrating the same amount of energy as a typical Ku-band beam on smaller geographical areas in order to increase the received signal level on the ground and therefore the amount of data that can be transmitted (more on that later).

How does it work?

Traditionally a single Ku-Band beam over Europe would cover a whole country or multiple countries. For instance, a beam might just cover the UK for DTTH TV services to that country, which is great for broadcast and multicast traffic. However, in the age of unicast IP traffic, one signal covering such a large geographical area only provides benefits to the teleport (hub side) for ease of aggregating all the remote sites, wherever they are, because the internet traffic from one site in Norway (for example) would be different to internet traffic from another site in Spain (for example). So, if there was a way for the teleport to reside on a larger beam just as before, but the signals transmitted and received at said teleport to then be relayed to smaller beams for the remote sites, we would then be able to get more bandwidth to the remote sites.

By using smaller spot beams, it is possible to re-use the same frequencies in different countries using the same reflector on the satellite, each smaller beam would then have about the same bandwidth as a traditional beam that would use the whole reflector on the satellite. This permits the practical use of 32APSK modulation to further increase the bandwidth available compared to the traditional maximum 16APSK. 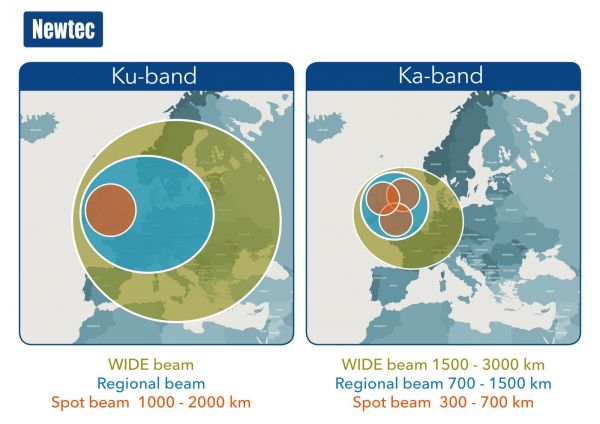 Where is it available?

The first commercially available HTS service was “KA-SAT” by Eutelsat in 2009, covering Europe with high power Ka-Band spot beams. This became very popular for the “too-way” domestic internet service in Europe. Due to the highly-focused uplink beams and the smaller wavelength of Ka-band, relatively small “2Watt/1Metre” terminals are able to reach broadband speeds on their upstream as well. 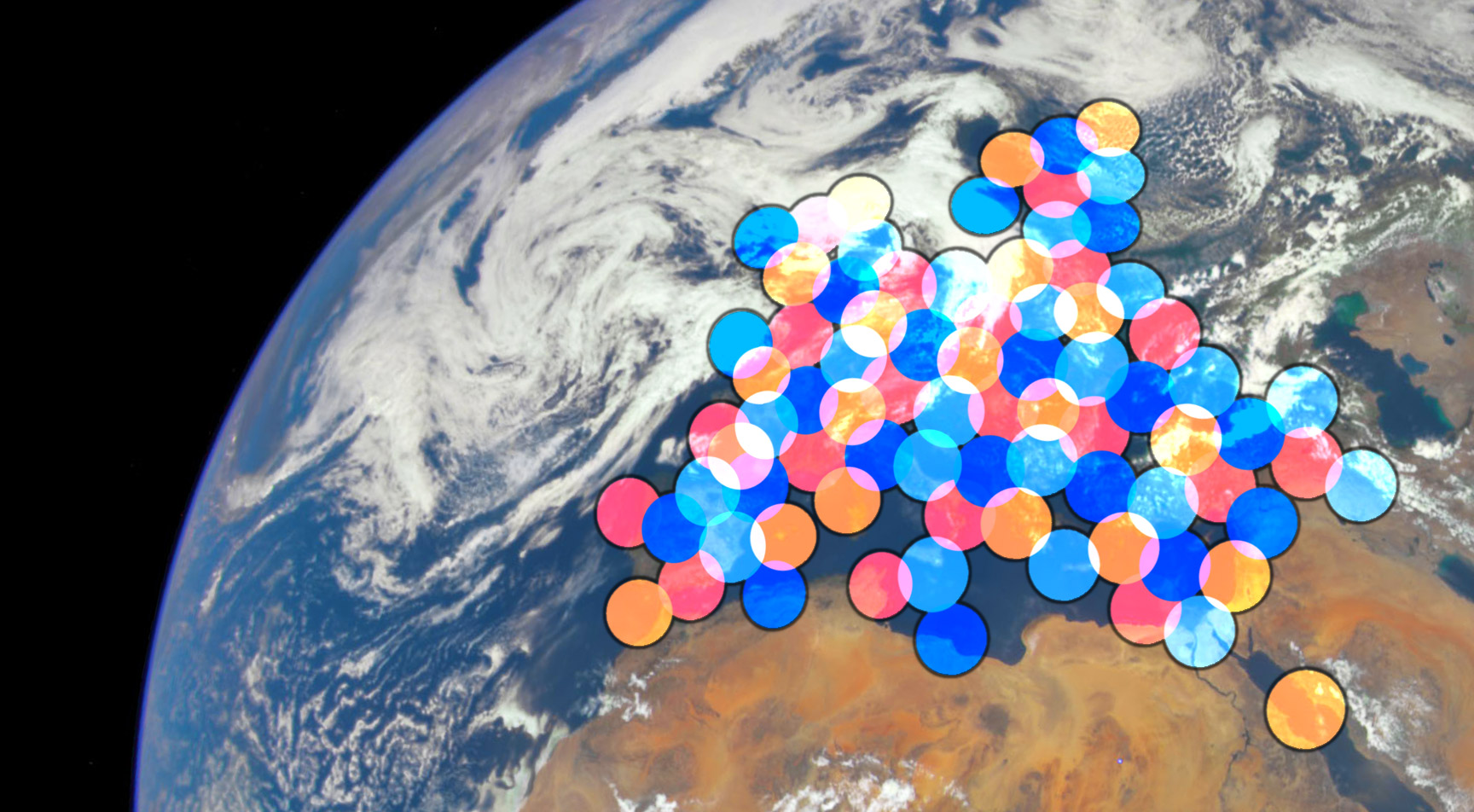 Newer services like Telesat Vantage and Intelsat Epic continue this trend towards HTS becoming mainstream as they take advantage of the same technology for the Ku-Band spectrum. Additional costs for the proprietary “frequency reuse” payload systems can be offset against the flexibility of where services can be delivered (specific in-country services for example), higher availability and increased capacity that can be delivered (more customers, more revenue, higher data-rates, all in one rocket mission). It’s important to note that HTS does not necessarily mean Ka-Band. With sophisticated channelisation on the satellite transponder, Ku-Band frequencies can be re-used as well. For example, Intelsat EPIC covers the Atlantic Ocean from Europe to the Americans with a series of smaller Ku-Band spot beams each with 62.5-250MHz available (compared to 500Mhz total for a traditional non-HTS satellite). HTS channelisation also offers additional flexibility when delivering multiple services on the same transponder by allowing various different carrier levels and gain settings for each channel that shares the same transponder and in most cases the up/down spot beam routing can be adjusted as per customer requirements (see examples below).

What considerations normally apply to HTS?

The main consideration is how the spot beams are accessed. The benefits of the high-energy spot beams are primarily remote based (receive and transmit) and therefore it would not be cost effective to have a teleport antenna on every spot beam. In such cases, a gateway is used, typically on an entirely different frequency band or polarisation, in order to “access” the spot beams”.

How does maritime VSAT benefit from this?

HTS is especially useful for maritime because the vessels rarely stay in the same place and rarely communicate with each other. In fact, chances are, as a vessel travels over the Atlantic through multiple spot beams, it could theoretically utilise the whole bandwidth of a single spot beam unless another vessel were to be in the same part of the ocean.

Why does this matter?

As technology gets into the hands of more and more people on the move, fixed-line data services (such as ADSL, VDSL, FTTP) will become less relevant for market growth. The increasing trend in bandwidth “on-the-move” takes satellite from the niche to the mainstream. As mobile phones become smarter and more capable, the expectations grow. We are already at a point where mobile 4K video recording and RAW photo capture with immediate cloud upload is in the hands of so many. Mass sharing of multimedia has accelerated this trend and will only continue as users expect increasing audio, video, and photo quality in their hands, anywhere.

Who is driving this increased bandwidth?

The customers and content creators are the biggest drivers of future mobile broadband technology. Whilst they are familiar with a particular internet experience at home or the office, they rightly-so expect no-less than the same internet experience on the move, whether that be on the aeroplane or at sea.

When will everyone be on HTS?

For maritime, dual-DEMOD “fast beam switching” satellite modems need to become the norm in order to speed up roaming from one spot beam to another.

In general, satellite modems need to be more capable to take full advantage of the higher satellite capacity. Satellite modems will need to be able to support higher symbol rates and modulation in both directions and support the full bandwidth of the data-link layer by means of “throughput capability”. This has been a challenge for some time because satellite modems have to accelerate the “TCP” transport layer (because TCP was not designed to operate over simultaneous high-latency/high-bandwidth links) and this is a very process-intense task for the hardware. Thankfully many new satellite modems with this capability have come to the market and more to follow.

It is expected that most new GEO satellites going forward will offer HTS capacity. 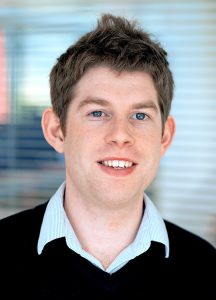 Time to upskill? Sign up for our VSAT Training course!

All the data entered in this form is to be treated in strict confidentiality. In accordance with the Data Privacy Policy of OMNIACCESS S.L. and following the Spanish relevant laws LO 15/1999 of December 13th and RD 1720/2019; we kindly inform you that all the data provided will be included by OMNIACCESS S.L. in the Contact Management Database in order to fulfill your request for information. Under your consent, this data will also be included in our periodical bulletin service so we can keep you up to date with campaigns, promotions and services of the company. You will be able to exercise your rights to access, modify or delete this information and also to cancel the subscription to the bulletin by contacting sales@omniaccess.com